When the joke is over, and the applause have ceased, when does one... carry on? When do I let go?

It's been almost two years since dear old Ewing's entered my life. I have lost a lot of brothers (I say this because, for some reason, only my male cancer friends have died), and I have grown immeasurably, to the point that I don't even recognise the pre-cancer Kaylin. Now, having graduated college and thus far avoided recurrence, I have a chance to start fresh. Completely anew. I can move away from the dimly lit Kaiser infusion rooms, the memory of suffering, the old ties and past faults, onto a life (dare I say) without cancer.

A friend sent me an email a few months back, asking for advice. She had prepared herself for death, was comfortable with its immanence, had presumably tied up all of those loose ends within one's self. And then, a second chance, balloons and bouquets, be off on your merry healthy way! What. the. fuck. do. i. do. now?

The transition between death and the "second life" we've been given is massively confusing and distressing, almost as much as the task of readying oneself for death. I didn't really have an answer for her. I am only just dealing with this now. I had my senior year to focus on, and I dove into my work with a calculated frenzy, well aware that I was using school as a distraction.

Now, school is done, forever, and I have the task of rebuilding all of those hopes and dreams that I abandoned when I was bracing myself for a premature death. I really, really thought it would come back. Maybe it will. But... I've resolved to go on living as if it won't.

So, a cross-country move is in order. I'll be moving to New York by the end of summer, and hopefully secure an Assistant Designer position. Exciting times! I crave a stable job and routine after the insanity of the past few years. Here's hoping.

Here are a few pictures of a recent Hawaii trip, courtesy of my bf's mum. It was one of the happiest times of my life. I learned how to surf... something I've always wanted to do. Yes, my hip hurt, but it felt so nice to USE my body, to be active again. No pain, no gain. That's the understatement of the year. 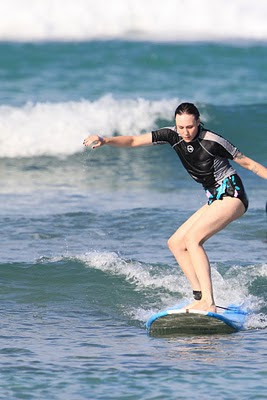 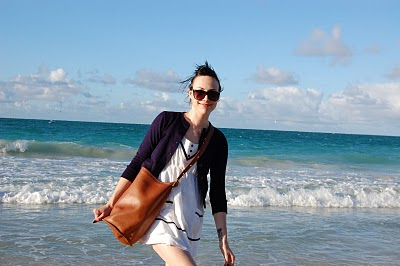 Email ThisBlogThis!Share to TwitterShare to FacebookShare to Pinterest
Labels: after effects, friendship

Beautiful post. I get it, I think. I'm trying to do the same thing, but at 42 years old.

i LOVE your posts! i too am dealing with the post-cancer blues/flux...etc. but you've hit it spot on when you said that living the "second chance" is about as hard as (if not harder than) preparing for death. but here's to life, no matter how frustrating it can be sometimes!

So proud of you! You melt my heart! I must see you before you go! Rachel and I will be in touch to plan a weekend of hang out time. Love you

I am so glad you are writing again, I have missed your posts. Please continue to write in this blog as much as possible. Though I have never had cancer and couldn't possibly imagine what it was like for you - I still enjoy reading your blog full of hope, ups and downs, and the artistic creativity you carry within yourself that shines through your words on this website. Basically in short; Thank you for creating this blog. :)

Give us a heads up before you leave for NY so we can say bon voyage. Aunt Benny

You give me so much hope Kaylin, I have 6 chemos to go and then I will be growing hair back too! You look stunning!

Fantastically written post. The best revenge against cancer is to live your life.
I'm happy that's what you have planned.