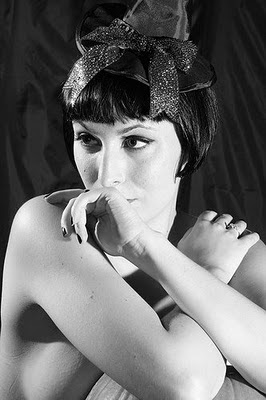 It is with a heavy heart that I announce another cancer friend's death.
This one is hard, because I've never met another cancerite who reminded me so much of myself; I loved her from the moment I met her last February through a mutual friend (you MUST meet Diane!). We bonded instantly, and when she had a recurrence (in the form of a rash-- weird, right?) we talked on the phone for hours about how difficult it is to be young and ill and to have your future snatched so suddenly out from under you.
Let me tell you of the awesomeness that was Diane: She was a historical fashion dynamo which none could rival. She knew her hemlines, decades and artists, a jabot from a cravat, and I looked forward to gushing with her about fashion's obscure geniuses. She published a magazine called Zelda (presumably inspired by Fitzgerald) about 1920's deca culture, of which several copies are still strewn about our house. Even though she was only 5 years older than me, I looked up to her as this monumentally beautiful, stylish, funny, intelligent, accomplished woman. She had a black bob, just as I did. It was like looking in the mirror. And, even when she had cancer, remission, and recurrence... she never stopped working towards her passions.
I cry as I write this because I am so utterly sad I wasn't able to know her better.
Diane died suddenly last week after complications with pneumonia, which was due to chemo and her lowered immunity. She battled aggressive breast cancer and recurrence.
The day I found out was the day before my fashion show, so, in my head, it was dedicated to her. Afterwards I spent time with her good friend J, and D, at our home. We talked & drank cider well into the night. Diane had told J that I was of great comfort to her, an inspiration, and that touched me deeply, because I'm not sure she would've ever said that to my face. These things are hard to talk about.
So, Diane Naegel, I am honoured to have known you. 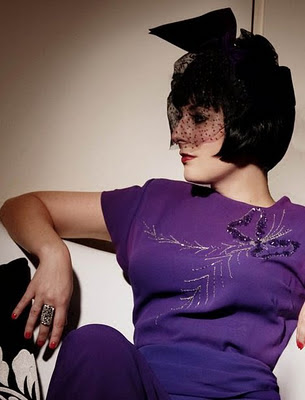 I am so glad you and Diane connected. I actually started following your blog because of Diane. She and I have been friends on livejournal for probably 10 years, but we grew closer during her diagnosis. Her cancer fight very closely paralleled my own sister's fight with ovarian and uterine cancer and we commiserated.
My sister (who was 36) passed away on July 30 after the cancer metastasized to her liver. Diane reached out to me even though she was going through so much herself. Less than 2 months later, we lost Diane. It's all so shocking. Again, I'm so glad she was able to find you and connect with you. I'll continue to follow you and root for you here.

And btw, your runway show was divine. I especially love the skirt with eyes on it.

we're having a moment said...

What a beautiful, moving tribute. I taught the dance lesson at Wit's End, and I consider it nothing less than the highest honor to have Diane in my life. She was absolutely everything you described and her legacy is a fabulous one.

Im so sorry to hear that you lost a friend.

have you ever heard of the GERSEN THERAPY? as a former oncology nurse, i find it incredibly interesting. nothing at all like i was trained to understand in nursing school.